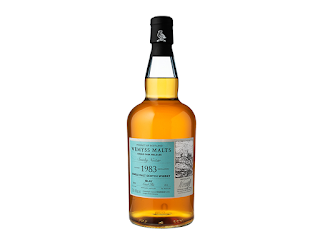 Finish: A long, lush, lingering feisty finish, that unfolds as excitingly and exceedingly well as it did on the nose and palate.

Summary: If I’m being completely honest, the majority of indie Caol Ila’s I’ve sampled over the last few years, have been rather unexciting, predictable, one dimensional and quite boring. This latest Wemyss release as part of their new Cask Club, is not only one of the best independent Caol Ila’s I’ve ever sampled, but it’s now also one of my favourites from the distillery full-stop! A drop of real liquid history, with all the right notes in all the right places!