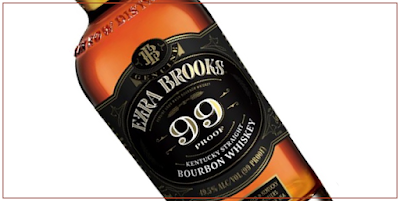 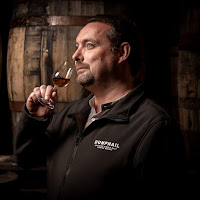 Company:
Dunphail Distillery / Bimber Distillery
Job:
Director of Whisky Creation
Director of Communications
Website:
dunphaildistillery.com bimberdistillery.co.uk
Socials:
@TheDunphail @BimberLondon
How long have you been working in the whisky industry?
A mere four years. My route into the industry has not followed any type of ‘normal’ or expected path. Barring an early and brief dalliance with cookery school (I’m still a handy home cook), I spent two decades working within technical public relations, mainly focussing on biomedical science and engineering. Whilst that experience was far from whisky-related – it also wasn’t a million miles away in terms of the some of the biological and industrial processes which underpin spirit production. I’ve always possessed something of a technical slate - however, this wasn’t ever an industry that I felt that I wanted to spend the entirety of my remaining career in.
Over the same period of time, my whisky love-in manifested itself with the creation of thedramble.com. Over the years the website (not nearly as readily updated nowadays as I’d like it to be) drew the attention of several distilleries – including my nearest – Bimber. Following a conversation with the Founder and Master Distiller I found myself signed up as a freelance to lead the launch of Bimber The 1st Release.
That seemed to go ok as shortly after, the freelance gig morphed into a part-time role managing Bimber’s communications and marketing - and then over time - leading on cask assessment and product development. Whilst I’d spent several years skirting around the fringes of whisky via my soap box-esque website, now I was starting to play an active role within the industry. And it was at this point that biomedical PR started to feel like it was increasingly in the rear-view mirror – and that whisky was firmly on my horizon.
In early 2022 my journey to the dark side was completed. I was offered the role of Director of Whisky Creation for the company’s second distillery – Dunphail - based in Speyside. The site will be opening its doors and commencing distillation in just a few months’ time. There I will be defining and developing the distillery’s wood policy, creating and managing the site’s cask inventory and shaping the profile and quality of all whiskies bottled under the Dunphail brand – including those of The Dava Way the distillery’s recently launched independent bottling operation.
What has been your biggest career highlight to date?
Without a doubt my appointment as Director of Whisky Creation for Dunphail. Whilst the construction of the new distillery is the culmination of Founder and Master Distiller Dariusz Plazewski’s vision, it is also a hugely significant personal milestone for me. As well as a refocussing of my career it is also a reflection of the trust and confidence that the team has in my knowledge and expertise to lead from the start on the maturation and whisky development of a brand new distillery. Certainly a career highlight – but also real honour.
Can you remember your first dram, and indeed what it was?
Possibly a hastily stolen Bells from my dad’s drinks cabinet – but the first whisky that I actively remember was Dewars White Label. In the late 90s part of my job at the time was running international conferences and exhibitions (within the mechanical engineering field). This involved a reasonable amount of work travel – and sometimes an unreasonable amount of free drinks whilst on planes
At the time my plane beverage of choice was typically a gin & tonic. However one day the chap sitting next to me asked for a whisky & ginger – and being both young and highly impressionable, when it came to my selection I asked for “what he’s having.”
I found the combination surprisingly enjoyable, and so when I got back from that trip I immediately sought out the Scotch component – Dewar’s White Label – to try neat. I hated it. But it got me thinking, what was it about the Scotch and ginger that I found enjoyable over and above the Scotch alone. It turned out it was just familiarity. By the time I’d got to the heel of the bottle my palate had adjusted and I was sold enough to start an exploration of whisky – a journey which would continue for the next 25 years.
Read more »
Email ThisBlogThis!Share to TwitterShare to FacebookShare to Pinterest

Be it for one of our industry leading Tweet Tastings or one of our monthly bottle competitions, we love nothing more than being able to share and giveaway some of our favourite drops of dramspankage.
Talking of which, for January we’re giving away a bottle of one of our absolute liquid americana favourites; Woodford Reserve Kentucky Straight Rye Whiskey. After all it is Rye January!
Be it as a solo sipper or used as base in an Old Fashioned, Woodford Reserve Kentucky Straight Rye Whiskey is as abundantly versatile as it is rich, rounded and dramspankingly delicious, and we’d love to share some of those good, good, good, good rye-brations!
For your chance to win a bottle of Woodford Reserve Kentucky Straight Rye Whiskey click here to email us with your contact details and date of birth, along with the phrase that dramming pays:
“I’d love to pour and explore some seriously good,
good, good, good Woodford Reserve rye-brations”
*Mark the subject line of your email with: Woodford Reserve Comp
If you’re on Twitter, you can also follow all three of our handles @TheWhiskyWire @TweetTastings and @TheWhiskyBiz along with RT’ing one of our related competition tweets for another chance to win!
@TheWhiskyWire
#WoodfordReserveComp
Competition closes at 23:59 on January 31st 2023. You have to be aged 21 years or over to enter!
Good Luck! 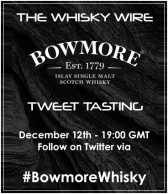 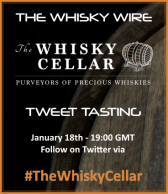