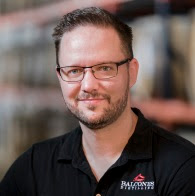 What has been your biggest career highlight to date?
The recent opening of our new distillery really does surpass all previous highlights in my whisky career. I remember stepping foot in that building, exactly five years ago last week and imagining how amazing it would be one day, and much to my surprise, it turned out even better than I could have possibly visualized. It is incredibly rewarding to see what some people very close to me have accomplished, and to be a part of it. It’s almost as if the dream is over, and now we get to wake up and live it.
If I had to pick something slightly more personal and amusing, another big highlight was discovering that one of my biggest musical influences growing up is a fan of Balcones. Thanks to that, he’s now an acquaintance of mine. It’s amazing the kind of opportunities this business affords you!
Can you remember your first dram, and indeed what it was?
I’m going to assume that by “dram” we’re referring to the first glass of whisky I truly enjoyed. For me that would be Woodford Reserve. I had been dabbling in some fairly common blended scotch but never found anything that really piqued my senses. Then along came a friend with a bottle of Kentucky bourbon. I had tried bourbon before, but nothing I would admit to today. One sip and I was hooked, I was now a diehard bourbon drinker. This eventually led to me attending the Woodford Reserve Bourbon Academy at the distillery, where a week in Kentucky opened me up to many new whiskies I had never even heard of. It was all downhill from there and I spent many hours and even days feeling the effects of the whisky bug, chasing down rare, old and allocated bottles.

What does whisky mean to you?
Whisky means a lot of things to me. For one, it’s an artisanal product, the culmination of efforts by a group of people to create something that delights us. There’s something special about that because it takes a lot of time to make something worthwhile, and I can’t help but respect that kind of patience.

Whisky of course is my job, but it’s not just about being my livelihood. Rather, it’s more about being involved in something I truly believe in, and getting to interact with that product and the people that make it almost every day. To us, whisky is a way of life, one that we are immensely grateful for.

Last but not least, like most people that drink whisky, it’s something that pleases my senses. I’ve always been big on food, which grew into a love for wine and beer, and whisky is like the pinnacle of manmade beverages. It’s an experience that can excite me much in the same was as music, which is another one of my passions.

Where would you like to see yourself in five years' time?
Japan, Australia, Germany… who knows. We get a lot of international interest in Balcones and I’d love to help grow our presence abroad. Of course we have lots of work to do in Texas first, never mind the rest of the country, but I really look forward to the day that I can start showing the rest of the world just how special what we do is.

What was your last dram?
One of our commemorative editions from the opening event we had two weeks ago, a cask strength version of Baby Blue. I was just at the distillery giving a tour and helped myself to a taste. Less than 500 bottles were made and were only sold exclusively at the distillery. It’s a curious approach we took with the whisky, which typically ages in small oak casks. This particular rendition went into 60-gallon American oak that had been refilled a few times already, so it allowed us to mature the spirit much longer and develop the grain flavour, while still maintaining the lighter wood profile of Baby Blue.

Do you have a favourite whisky and food pairing combination?
Food and whisky are tricky with me, I’m more likely to enjoy a beer or wine while eating. But, honestly, I don’t think there is a better pairing than a good whisky and chocolate. Lots to be said about how they complement and contrast each other.

What do you think is going to be the next big thing on the whisky horizon?
I think this is good time for craft whisky to graduate and become a serious player in the industry. People are starting to care more and more about where what they consume comes from, and hyper local spirits will be a big extension of that foodie movement.

What’s the one dram you couldn’t live without?
Besides Balcones, right? For me that would be Four Roses Single Barrel. That is just such an immediately accessible but delicious whisky. I think I may have to grab one now…

Many thanks to Winston Edwards. Who will be our next Whisky Insider? Click back soon to find out!