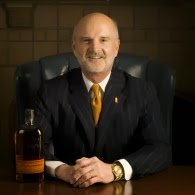 
How long have you been working in the whisky industry?
Our family has been involved in the whiskey industry for six generations. I myself have been involved since I was a young man working in distilleries. In the mid 1980s I founded the Bulleit Distilling Co and brought back my great great grandfather’s recipe.
What has been your biggest career highlight to date?
In 2009 I was inducted into the Kentucky Distillers Hall of Fame. There are only around 88/89 inductees, most of whom have since passed away, so it’s a very small group. The Kentucky Distillers Association votes for new members, and you have to have a unanimous vote to get in, so it’s extremely tough.
Can you remember your first dram, and indeed what it was?
It was on my 21st birthday and it was a bourbon on the rocks shared with my father.
What does whisky mean to you?
Distilling bourbon has been the fulfilment of a lifetime dream.
Where would you like to see yourself in five years time?
Well I was a Colonel in the US Marine Corp, and I had always hoped to make sergeant…!
What was your last dram?
I never admit to whether Bulleit Rye or Bourbon was my last or is my favourite whiskey. I have two children and my wife always says you can never identify a favourite out of your children, even if you do have one!
Do you have a favourite whisky and food pairing combination?
American standard bourbon or rye with steak. In the US, steak houses are usually heavy whiskey places. Nothing beats a nice rib eye steak and a bourbon.
What’s your favourite time and place to enjoy a dram?
The same as my father’s which would have been at home after work, before dinner. Also now and then in a cocktail bar, experiencing a bartender’s creativity.
What do you think is going to be the next big thing on the whisky horizon?
As a Kentucky distiller, our on-going job is to make the best whiskey we can make for our customers to enjoy responsibly. The big thing on the horizon for the Bulleit Distilling Co is the launch of the Bulleit Bourbon 45% ABV and Bulleit Rye in new markets. American Rye is growing dramatically, so it’s an exciting time to be launching Bulleit Rye.
What’s the one dram you couldn’t live without?
This is relatively obvious, I couldn’t feed my family without Builleit! But whether it’s Bulleit Bourbon or Bulleit Rye, I refer you to a previous answer, I can’t identify a favourite!