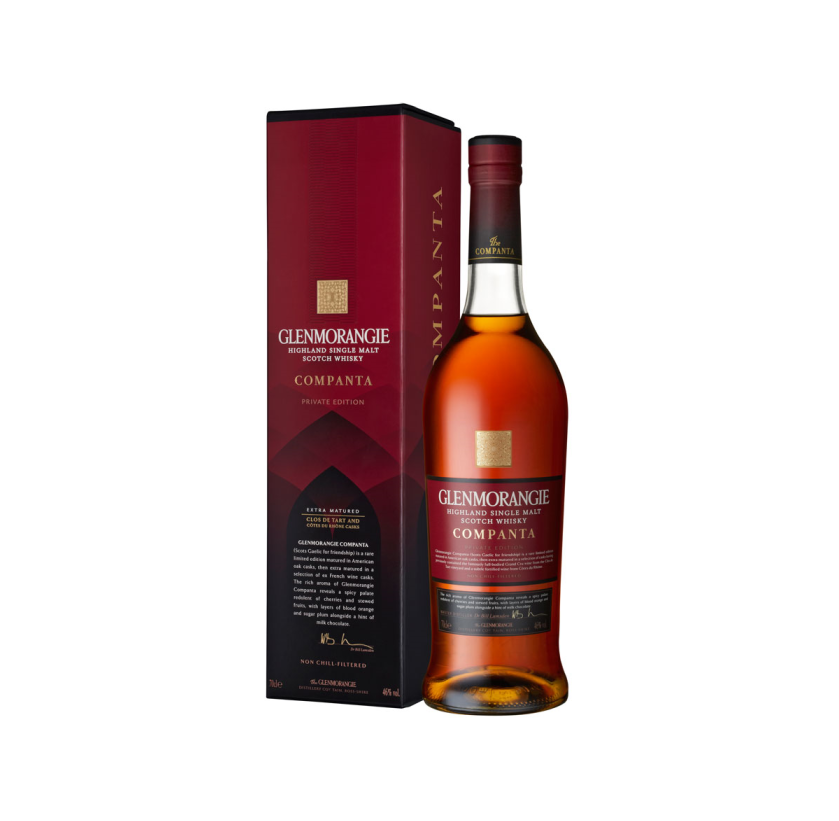 Nose: A jar of Luxardo maraschino cherries, the zest and peel from a blood orange, a bowl of Delia’s summer pudding, Waitrose Seriously Sticky toffee sponge pudding, McVitie's Jamaica ginger cake, Angostura bitters, Hotel Chocolat dark blackcurrant bombes, struck and spent matches, white pepper, cinnamon sticks, cloves and a vinous wave of something teasingly tannic.
Palate: Dry cindering oak, chewing tobacco, milk chocolate covered sultanas, Halls cherry lozenges, stewed prunes, blood orange juice, pink grapefruit zest, caramelised moscavado sugar, mixed spice, anise, white pepper, a teaming throng of tannins and an inhaled blast from a can of sweet musk deodorant.
Finish: A full-on, feisty, dark, dry lingering finish, that recaptures and accentuates all of the delights that were dished up on the palate.
Summary: To date all the releases in Glenmorangie’s Private Editions range have delivered in their own unique and abundant way, and this bottling is certainly no exception, but for me it just falls ever so short on the balance and boom front compared to some others in the series.