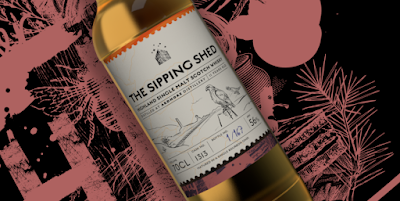 Finish: A full and fabulous smoked, spiced, rounded finish, that lingers well on into the night and beyond!

Summary: It’s not every year that an independent bottler in itself becomes one of our dramming highlight of the year, but in 2020 The Sipping Shed has become just that.

From their inaugural batch of releases that we first poured and explored in our Tweet Tasting back in March, which consisted of a glorious gaggle of Ardmore, Ben Nevis, Caol Ila and Linkwood bottlings, The Sipping Shed is a brand that continues to go from strength to strength, with its ‘when it’s ready, it’s ready’, approach to bottling and releasing whisky.

The Sipping Shed’s first Ardmore release earlier this year, which was a gutsy and glorious 9 Year Old, is still on track to be our dram of the year, but I can tell you that this second offering will most definitely be riding high in our end of year countdown.