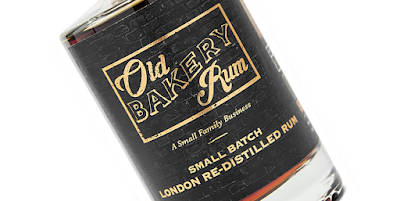 Finish: A deep, dark and decadent dessert trolley of a finish, that lingers long into the night.

Summary: This is a real tamed tiger of a Jamaican rum, which after being re-distilled and matured in Mead and Mavrodaphne (black grape wine from Greece/Cyprus) oak barrels, delivers something that is sensationally smooth and sumptuously sippable!

We’re huge fans of what the Old Bakery Distillery, in Enfield, North London is doing. Their gin is now one of our top three go to’s in the category, and now they’ve rustled up this rather rum-arkable, re-distilled drop of Jamaican rummage.

Very much looking forward to seeing what distilled delights they come up with next. A whisky matured/finished in the same types of cask, could quite possibly be a very wonderful thing!