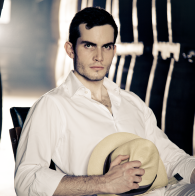 How long have you been working in the rum industry?
Since I can remember! Although I officially joined the family business full time in 2009 when I graduated from university. I grew up running between the barrels in our bodega, learning the trade from my father.
The first rum I was involved in producing was Caña, one of our local brands in Colombia. At the time, I did not fully understand the complexity of rum, and yet I was swept away by the richness of the story.
What has been your biggest career highlight to date?
Without a doubt, it has to be launching La Hechicera in London, 2012. I feel everything was practice leading up to that point. Sure, I had been involved in many interesting projects before then, but La Hechicera was my baby! London is perhaps the most challenging, competed, and saturated spirits market in the world, and launching there with no budget whatsoever to such acclaim was a moment of great proud for the team and me.
Can you remember your first rum, and indeed what it was?
The first rum I ever tried, was also when I learned what rum was. I was 8 years old and my father was in the process of creating Casa Santana with the help of the Cuban government. I had no idea what rum was and my dad chose to answer that question by wetting my lips with a single drop. I hated it! Who knew I would grow to love it?

What does rum mean to you?
Rum is pure heritage and history. The sum of a myriad cultural contributions from all over the world, century over centuries to create one fine spirit.

Where would you like to see yourself in five years’ time?
I will continue to work to take this category to its full potential. I would like to use this platform to share more of Colombia with the world and convince more Colombians of the quality our country can produce.

What was your last rum?
That was a couple of days ago in Barranquilla. I was giving Dre Masso - a very talented bartender behind some of the best bars in the world - a personal tour of our bodega. We came across a barrel of very old rum that absolutely blew our minds! Needless to say, I couldn’t avoid sneaking a bit into a bottle there and then. As Dre’s said with a grin as we were filling our bottles with a hose, “this isn’t angel’s share. It’s devil’s share.”

Do you have a favourite rum and food pairing combination?
Nothing beats aged rum and dark chocolate.

What’s your favourite rum based cocktail?
That depends. For a young rum, a Mojito. For an aged rum, an Old Fashioned.

What’s the one rum you couldn’t live without?
La Hechicera, of course!

Many thanks to Miguel Riascos. Who will be our next Rum Insider? Click back soon to find out!