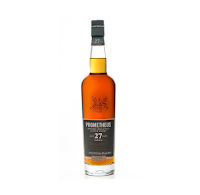 Finish: A sassy, smoky and spiced lingering finish, that eventually becomes as fresh as it is feisty!

Summary: A superbly bountiful and balanced drop of dramspankage from The Glasgow Distillery Company, which follows on from their inaugural 26 Year Old bottling of Prometheus in 2015. In addition to their independent bottlings, we’re very much looking forward to eventually sipping and savouring their own distilled whisky delights, watch this space!