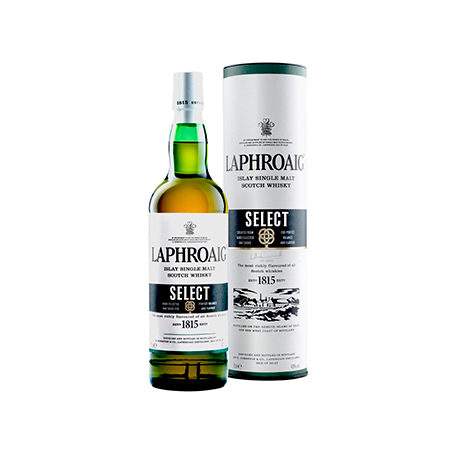 Nose: Diluted TCP, smoked crispy bacon rinds, Caffè Nero mocha, Tetley lemon green tea, ripe bananas, plum and blackberry crumble, Waitrose Madagascan vanilla custard, toasted almonds, sugared fennel fronds, Haribo Pontefract cakes, a mixed bag of pineapple and cola cubes from a pic ‘n’ mix and a wavering earthy, peaty pepperiness.
Palate: Puff-ettes of peat smoke, slightly over toasted granary bread smeared with Tiptree lime marmalade, Tetley lemon green tea, a warm wedge of raspberry frangipane tart, toffee apples, baked bananas, ground ginger, freshly grated nutmeg, cloves, dried oak, sugared almonds, Paul A Young’s sea salted caramels and a bite of a Walls mint Magnum.
Finish: A dry light lunging linger-ette of a finish, that highlights all the sweet, smoky and citrusy notes that made themselves present on the palate.
Summary: “It’s a Laphroaig Jim but not as we know it!” Well it certainly has to be said that it’s not as kick ass as their Quarter Cask and it doesn’t quite pack the same umptuous umph as their 10 Year Old, but is that necessarily a bad thing?
If you’re new to Laphroaig or Islay whiskies as a whole, it makes for a good honest bridging dram, allowing you to test those peaty protruding waters before moving onto something more meaty and medicinal.

On the other hand if you’re already a lover of Laphroaig and open minded enough to explore something with a somewhat lesser trademark style, it's a great lighter alternative should you fancy a night off from those more pumped up PPM'd Islays. It also just happens to go down rather pleasantly on the palate during those warmer summer evenings.