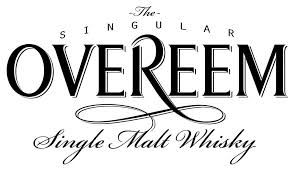 Since the early 1990s the Australian whisky industry has gone from strength to strength, and without doubt can now be considered as one of the main forefathers of the world whisky revolution. Led by and large, but not exclusively from distilleries in Tasmania and thanks to such dramming pioneers as Bill Lark, there are now over 20 distilleries producing drams from the land they call 'Down Under'.

My own antipodean adventure of all things distilled and delicious began in 2010, when my senses were seduced by the bountiful and beautifully balanced corker of a cask; LD89, from the Lark Distillery. Since then it’s well and truly been a case of not looking back, having since enjoyed a wealth of wondrous whisky wares from the likes of Bakery Hill, Belgrove and Sullivans Cove.


Recently I was thrilled to add yet another notch to my Aussie dramming belt, after discovering and sampling a duo of ‘Overeem’ sherry cask releases from the family owned, boutique whisky company; Old Hobart Distillery.

Both have been matured in French ex-sherry oak barrels that have been re-coopered down to a size of 100 litres, helping to deliver an added abundance of intensity and an extra dose of dramming va va va voom!
The nose kicks off with all the elements of a deconstructed Christmas cake. Everything from the sherry soaked fruits, citrus peels and marzipan to the store bought ready rolled icing.


Dark chocolate covered coffee beans make for the next set of sensations, as does the waft from a tray of warm vanilla danish and a slice of pumpkin pie topped with a ground of black pepper.

The palate kicks off with the filling from a hot McDonald’s apple pie, a light flurry of mixed spice, clove studded clementines and a bowl of stewed prunes.

A few squares of Cadbury Bournville chocolate and a developing wood spiced edge make for the next set of palatable pleasures, along with an assortment of sweet and sour candies.
The nose kicks off with an old school Speyside-esque sherry monster kind of a blast, followed by deeply decadent waves of dark chocolate, stem ginger and baked plums covered in vanilla custard.
Toasted oak, smoked almonds, wood spice and a drop or two of linseed oil make for the next set of nasal niceties, along with a dribble of lightly salted toffee sauce, bramble bushes and a hint of something menthol.
The palate kicks off with a sumptuously sweet and spiced, sheer sherry overload of opulence. Dominated but balanced beautifully with chocolate salted caramels, blood orange and wood spice.
A big wedge of Christmas cake makes for the next palatable pleasure, along with a cinnamon and clove infused glug of honey.