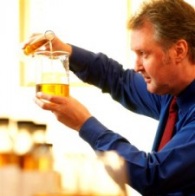 
How long have you been working in the whisky industry?
In April 2013, I will have been in the industry for 40 years.
What has been your biggest career highlight to date?
There have been many highlights during my career as I have progressed through the industry but probably the most significant was being appointed as Master Blender with Burn Stewart in 2002.
Can you remember your first dram, and indeed what it was?
My first whisky experience was discovering the wonderful aromas from my father’s glass of blended whisky when I was around 10 years old. The first whisky that I really tasted properly was Glengoyne Single Malt around 8 years old straight from the cask when I started working at the distillery in 1973. In those days it was a traditional practice for the distillery workers in all distilleries to be given two or three drams a day as perk of the job. This practice was discontinued around 1976 across the entire industry due to Health & Safety concerns.
What does whisky mean to you?
Whisky has been a massive part of my life for almost 40 years now so its importance to me cannot be underestimated. From that very first dram at Glengoyne 40 years ago I became hooked on Single Malt Whisky. I began to appreciate the vast differences of all malt and grain whiskies the longer I worked in the industry and especially since I was introduced to blending. To this day I continue to appreciate the individuality of malt and grain whiskies of all ages.
Where would you like to see yourself in five years’ time?
As much involved with the blending and creation of all styles of whisky as I am now.
What was your last dram?
The last dram I consumed before this interview was actually a large Scottish Leader with a little water last night.
Do you have a favourite whisky and food pairing combination?
The versatility of single malt makes it an ideal accompaniment for a wide range of food. Whisky themed dinners are becoming more and more popular where single malts are paired with the individual dishes instead of wines. I personally think that single malt and cheese are a magical combination. There are so many different styles of cheese but I believe there is a single malt to match with any of them. One of my personal favourites is enjoying the strong salty taste of Roquefort cheese with the sweet honeyed flavours of 12 year old Deanston.
What’s your favourite time and place to enjoy a dram?
Enjoying both blended and single malt whisky is a mood thing and depending on the location or circumstances this would influence my choice of dram. I have many special memories over the years of drams enjoyed with some wonderful people whom I have met in countries all over the world. A really special place for me to enjoy a dram is with good friends or colleagues at the source of the water that the distillery used to create the whisky and to reduce the strength with a few drops of that actual water.
What do you think is going to be the next big thing on the whisky horizon?
Whisky continues to evolve and new, emerging markets are becoming familiar with the versatility of blended whiskies and the complexities and uniqueness of single malts. I am seeing whisky all over the world being enjoyed by a much younger crowd of both men and woman who appreciate these aspects. Whisky sales will continue to grow driven by the ever increasing demands and increased knowledge of the consumer.
What’s the one dram you couldn’t live without?
As I mentioned enjoying a dram is a mood thing and as well as being extremely proud of all the expressions from our three distilleries I enjoy not only those but also a wide range of other whiskies throughout Scotland. However it would be fair to say that I enjoy drinking blended whisky as well as single malts so I have a wide choice. I am particularly fond of our Tobermory 15 year old, Bunnahabhain 12 year old and our Deanston 12 year old.


Many thanks to Ian MacMillan. Who will be the next Whisky Insider? Click back soon to find out!